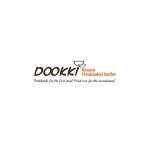 Dookki means ‘Two Meals’ in Korean. It is a successful dining concept originating from the Republic of South Korea. ​Since its first opening in December 2014, Dookki now has more than 100 stores worldwide. Dookki is now coming to Singapore, with its official opening in March 2017.

*All social media content is under maintenance and/or copyright by Central Park Mall.